The City of Austin

We're back in Austin now, and we thought we'd try a downtown RV Park this time so we could get a feel for Austin. Take a look at where the DatastormUsers map shows us. We're right in the middle of some really cool stuff.

We went for a walk yesterday and within a half-mile we found Barton Springs. A place where city dwellers can go for swimming, kayak and canoeing, playing frisbee and just hanging out. 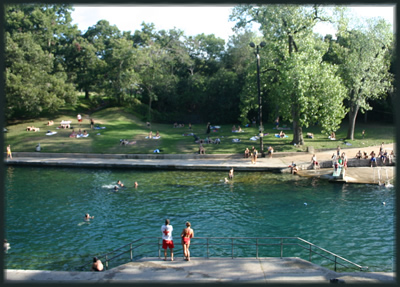 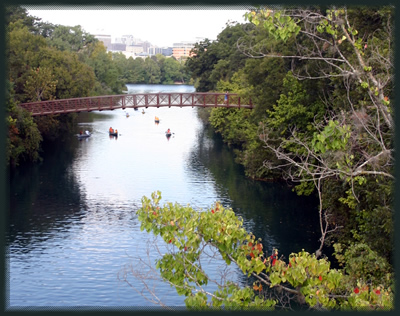 On the road right in front of the park are lots of trendy food places. We had Cappuccino and Breakfast Tacos at Austin Java, and we had dinner at Chuys Tex Mex. 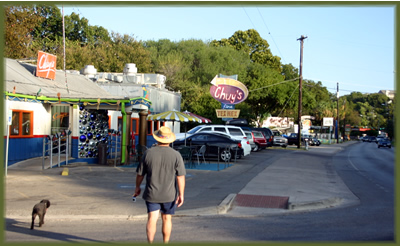 The RV park is just another establishment on this street. It's been here since the 40s. We understand that some famous people keep a trailer here. The manager pointed out Matthew McConaughey's airstream with a Datastorm on top! I think they would come here to hide out, not to show off. 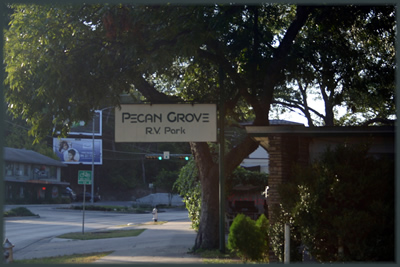 and here we are 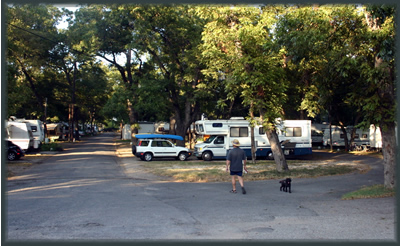 You might notice a major problem ... too many trees for the Datastorm to work. Well, we decided to stay for a couple days to get the experience of the city even if we can't get the Internet. We just couldn't stand it! I used my Verizon cell phone to connect on Saturday - but it's just agonizingly slow. Jim took his laptop down to Austin Java and used their free WiFi there. But, my computer is a desktop. Well, I plugged in a more powerful adapter, and, voila! I'm able to attach to a couple of free WiFi hotspots nearby. We follow our own advice, "If it doesn't work, try another adapter!" The one I'm using at the moment is made by Parkervision - unfortunately, they don't make it anymore though.

Anyway - today there was a free concert downtown. We just walked in the other direction about a half mile and we were at Auditorium Shores where Lance Armstrong was throwing a 'Thank You Austin' party and his fiancee, Sheryl Crow was performing. What a wonderful scene. 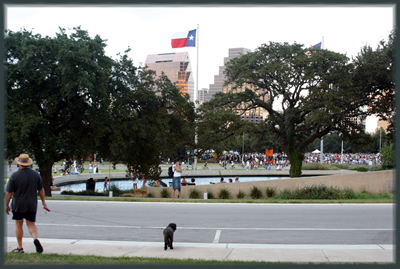 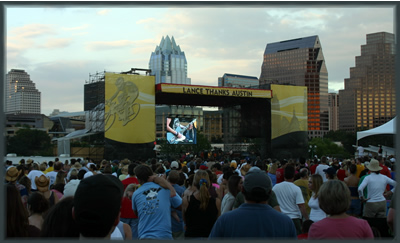 It's not surprising that bicycles were the primary method of arriving at the park! I just wonder which came first? Was Austin a bicycling city that attracted and created a Lance Armstrong? Or did Lance's hometown of Austin pick up on the sport to follow him?

Bet you didn't know he could play drums too? 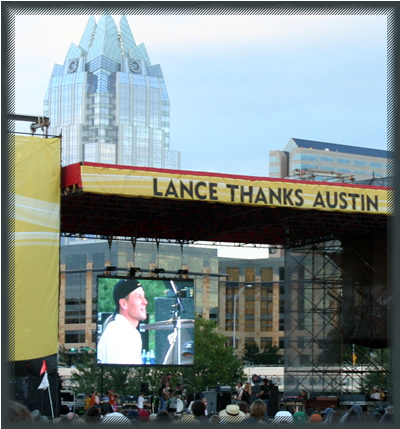 Odie and I were starstruck! 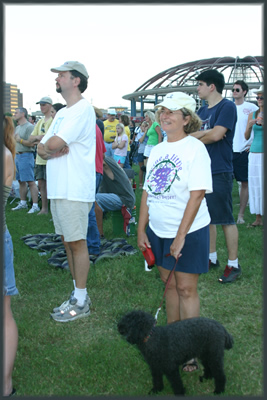