A day at FMCA

When people buy an RV and plan to travel around the country, I don't think this is exactly what they have in mind for a campground. 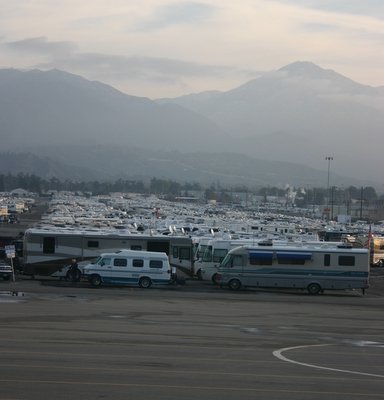 But, living onsite with 10,000 other RVers, has a charm all of its own. There are lots of opportunities for getting together with other RVers. Here's Jim meeting Robert who has been following us on our Blog! He knew all about us ... we had to get to know him. He took part in a special outing arranged by FMCA to see the new Robin Williams movie: RV. We gotta go see it. He said that people were rolling in the aisles laughing. What a treat to have a theatre full of RVers to watch a comedy about RVing.

We had lots of people using the hotspot. 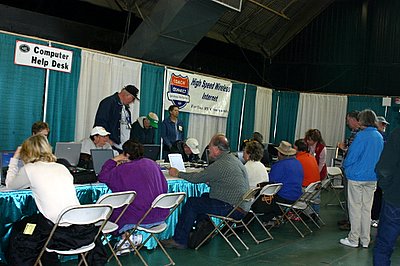 And we both helped some folks. 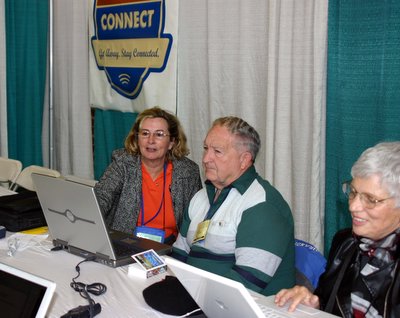 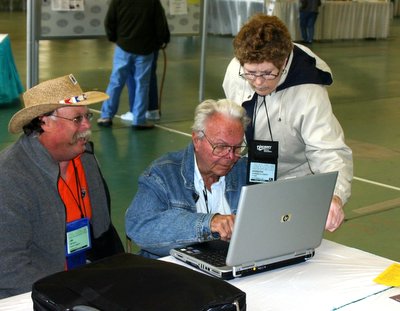 I gotta say tho, that there aren't as many people using the hotspot here as at the last couple FMCA shows. I expected there to be a drop in problems ... RVers are more educated about WiFi now than they were a year ago (did we have something to do with that? I hope so) ... but I didn't expect a drop in usage. All I can think of is that cell phones all work pretty good here, so a lot of people are putting up with the slower speeds in order to use their computers in their RVs rather than lugging them to the hotspot. The last two FMCA shows were in areas where cell phones didn't work so well. Now we're in the middle of a major metropolitan area ... actually THE major metropolitan area - Los Angeles, Pomona to be exact.

There certainly was not a drop in attendance at the seminar though. The monitors told us we had over 300 people at our first WiFi seminar. 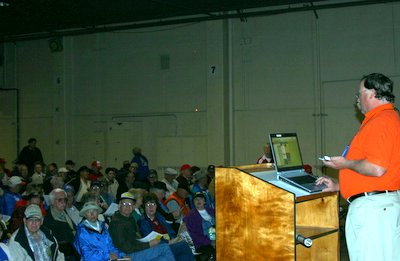 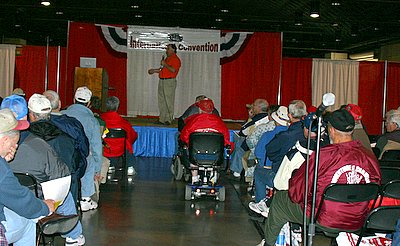 At the end of the day, we still had a little time to visit the new RV displays. I think a LOT of people come to these rallies specifically to buy a new RV - so many manufacturers are represented here. And, all their service personnel come as well. Anything you need done to your current RV or a new one you buy - you can get it done here. 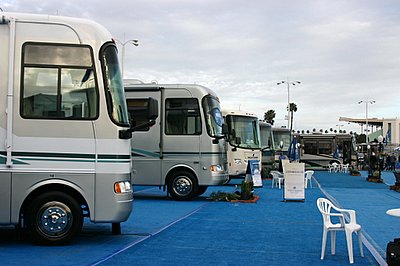 If you didn't want to go RVing because you couldn't take you motorcycle with you ... check this out: 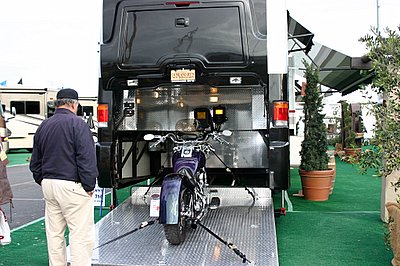 I was particularly impressed with the Airstream on a Freightliner chassis. 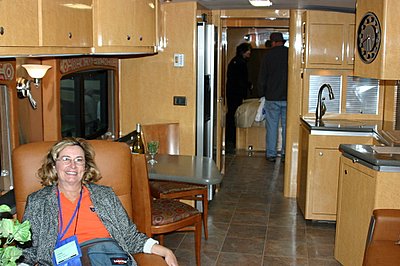 We had heard that Safari was making a new Class C motorhome ... AND ... that they were saying it is the FIRST time that Safari made a class C. We certainly know different! The new Safari Class C is called "Ivory" and it isn't as nice as ours! 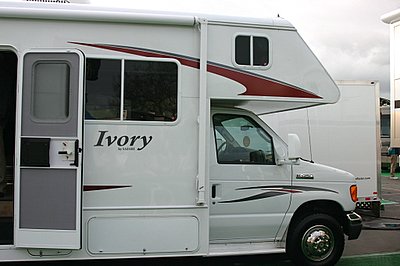