I understand there are 110 RVs here for the Datastorm Rally. That's quite a crowd for this specialized niche. We started with a potluck dinner and cookout. 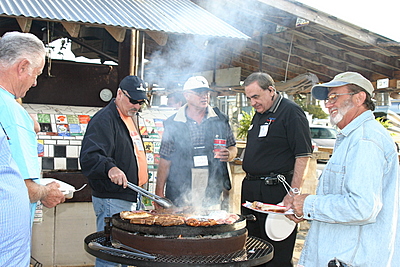 I'll bet you can tell which meat-on-the-grill is ours?!? 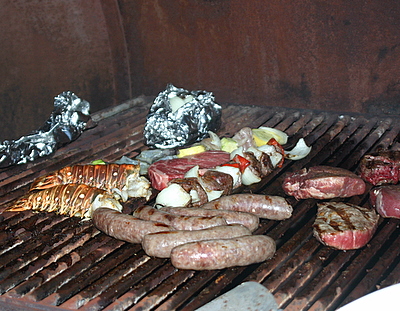 We had dinner with old friends and new. 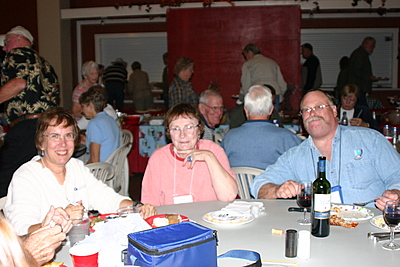 Here's Bill and Janet who have been installing Datastorms for longer than we've had ours. We met them in Oregon in 2004 and keep bumping into them at rallies all over the country! 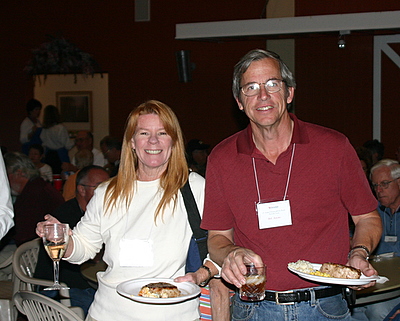 And, during some free day time hours, Jim got to play with his favorite geek - Don - and show him all his WiFi toys. 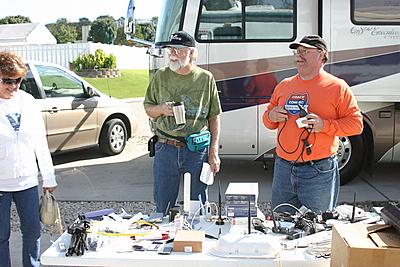 Jim is giving a WiFi seminar on Friday and he especially likes the 'show-and-tell' portion with a variety of different WiFi adapters. This time, we actually are selling one of them - The WaveRV. What is so cool about it is that it is a powerful antenna, it can be mounted outside, and it is a USB WiFi adapter all in one. What's not so cool is that it's a bit pricey - $169.

Then, Don showed him his latest toy, a combined GPS and web-browsing pocket computer for Geocaching. Garmin iQue M5 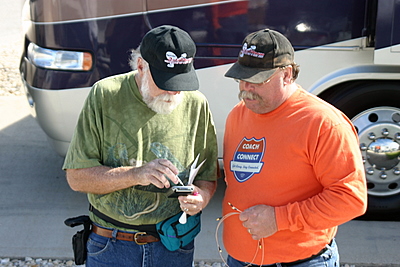 The really special thing to me is that so many people here are full-time RVers. Among 'normal' housebound folks, we feel like a real oddity. Here - we're just one of the crowd! When asked how many fulltimers there were, I'd say 90% of this crowd raised their hands. 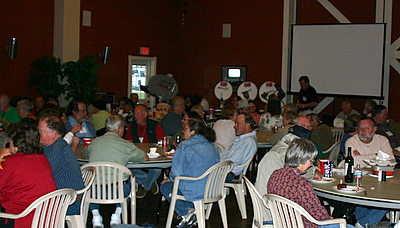 Then, the highlight of the rally so far (for me anyway!) was me giving the 'Every RVer Needs a Blog' seminar. 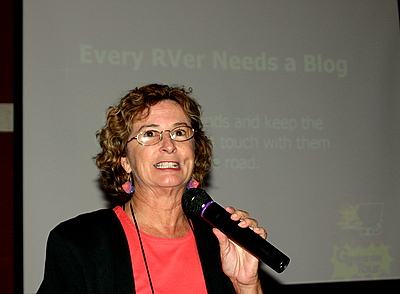 We had about 75 people attending, and several went straight to their computers and created a new blog! Like this one. And, on Jim's and my new website: www.geeksontour.com I've added a listing and asked people to enter their blogs or websites. I entered the first few - it looks like 5 people have added theirs as a result of the seminar.